Last September, I moved to Edinburgh to go to uni, equipped with a suitcase, a bag and my violin. It would be the first time that I would be living on my own, away from my family, friends and familiar environment. Here's what I experienced in my first year.

Let me start with the topic which worried me the most before I started uni: finding new and good friends. At school, fixed seating plans mainly did the job for me (I'd just befriend my neighbour), but this method seemed unreliable to me because of the vast number of course participants (400+) and random seating. In reality, it was still possible to find friends by seeing the same people over and over again by always choosing the same seat in our lecture theatre (there are always people who also have a favourite seat), or in small tutorial groups. While I would consider myself a rather shy and introverted person when surrounded by unfamiliar people, I've learned that it's easy for me to make friends whenever I see the same people regularly over a longer period. My only job was to create such an environment. That's one of the main reasons why I decided to join the uni orchestra and the swimming club, where I finally found myself surrounded by friends sharing the same interests and values.

Speaking in a foreign language was my second biggest concern when I moved to Scotland. Having had English lessons for 7 years at school, I had a solid foundation of vocabulary and grammar. However, we didn't practice speaking English during these lessons that much. Given that, I was fairly surprised when I found out that my initial speaking and understanding skills were good enough to get through lectures and tutorials with ease. Since most of my courses were maths- or coding-based anyway, there weren't too many fancy words I didn't know.
The hard part was understanding English at events where there were many people or a lot of background noise (flat dinners, parties etc.). Often I wouldn't get what my conversation partner said and I would just nod and laugh which most of the time led to awkward misunderstandings.
I started to think and to dream in English after ~3-4 weeks. It was a strange experience. After 5 or 6 weeks I became much more fluent, not necessarily because I had more vocabulary or better grammar, but rather because I didn't fear making mistakes anymore since I noticed that nobody cared how good or bad my grammar was as long as they understood me.
I still have to get much better at English, especially at understanding people with a heavy Scottish accent, but as of today, it almost feels more natural to speak in English than in German.

Having spent quite a lot of time playing the violin and the piano, I didn't want to give up my musical life. I bought a pass which gave me access to practice rooms with grand pianos. For the first time in my life I could practice on a grand piano; it was a terrific feeling. 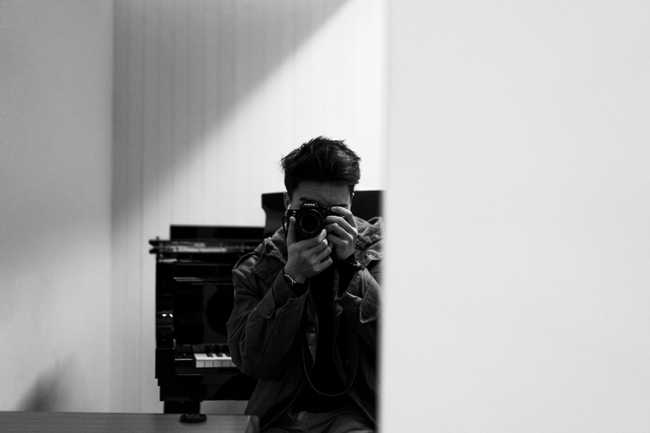 I also auditioned for three orchestras and became a first violin in two of them. After that, I could be certain that my musical life would be more or less secured.
The real challenge was to integrate practice and rehearsal time into my already time-consuming academic schedule. A good solution was to study in a room which was close to the practice rooms. In my case, that was the micro lab in the building of the music faculty. While I'm positive that all the hours I spend in this horrible room with its neon-white hospital lighting and windowless walls caused PTSD, being able to go downstairs to practice the piano whenever I wanted to take a break came in handy.
During my first year, I learned how stress-relieving making music can be, especially during exam time.

Apart from music, I also wanted to keep on doing swimming (competitively). For the past few years, I had 4 swimming sessions a week but I always wanted to have more of them. When I joined the uni swimming society, I could attend 3 swimming sessions a day if I wanted. Ironically, I ended up going to no more than ~15 sessions throughout the entire year (including a few very painful sessions at 5.30am). The reason for that is that swimming is very time-consuming and I decided to spend my non-academic time on music and with my orchestra friends.
To keep up a decent level of sportiness, I went bouldering. It was convenient to live a 5 minute walk far from the gym with the bouldering room, so I'd go there for a quick session to take a break from studying and half an hour later, I could be more productive having exercised and taken a shower.
Although I won't join the swimming society again next year, it was a good experience and I found good friends. In the first semester, I took part in a uni competition (Edinburgh vs St Andrews) and we crushed them (which was mainly because we had an Olympian swimming for us).

I'm studying Artificial Intelligence (AI) and Computer Science (CS) at the University of Edinburgh. It's a 4-year degree and I'm going into 2nd year. My first year was (academic-wise) a bit less challenging than I'd have wished. Although my first-year grades don't count toward the final mark of my Bachelor's degree, I was aiming for good grades in my CS classes since I wanted to become a tutor in 2nd year.
In total, I had 4 CS-related courses (if we take maths courses into account) and 2 electives which could be any first-year course outwith the school of medicine and law. For my electives, I chose Topics in Popular Music and French 2. I wanted something unrelated to CS since I was expecting to spend 90% of my time on maths and programming anyways. In retrospect, I would have chosen an additional CS-related course such as Proofs and Problem Solving or Computer Simulation.

I was a bit disappointed that we didn't have any courses related to AI but I guess that makes sense since we need to have a proper CS foundation first.

I chose the University of Edinburgh over the Technical University of Munich since rankings and research suggested that I would learn more about AI at Edinburgh. Also, my plan is to do my masters at the TUM anyway, so that I can see and experience both cities and unis.

Environment of the University

I was fascinated when I observed a significant change in my mindset: once I was surrounded by all of these bright minds, I felt the urge to study, to learn more — as opposed to my mindset at school, where I often did as little as possible to have more time to spend with my friends, to make music or to exercise. But once at uni, I wanted to learn so much that the real challenge was to choose wisely what to learn and what not to learn.
Let me give an example: back in school, I had an advanced Latin course. I never did particularly much for that course as the teaching was very good and I was engaged enough in the Latin lessons themselves to do well enough (I was best of my class for most of the years).
Once at uni, I somehow started to want to learn more about Latin; to improve my translation skills and to get back to ancient philosophy. The only problem was that at the same time, I had to learn about recursion, matrix diagonalisation and data abstraction. So, not the best time to dive into Vergil's Aeneid. I had to decide deliberately not to learn Latin. I've accepted that it's just too time-consuming to maintain my Latin translation skills, so instead I read some translations from time to time, so as to maintain at least my knowledge of Latin (reading Ovid's Ars Amatoria at the moment, very… amusing ahem).

You can skip to the next bit if you're not interested in my course details.

In terms of academic content, my first semester was not really challenging. Just 2 or 3 weeks in, I knew that I would pass all my courses. Nonetheless, I had difficulties establishing a proper learning routine, mainly because I had to get adjusted to a new culture, language and circle of friends.
Here's a summary of my courses:

This course consisted of two sub-courses: Introduction to Functional Programming and Computational Logic.

In contrast to my first semester, I started this semester having an established friend circle and improved language proficiency. I could finally focus solely on my studies, which resulted directly in an improvement of my performance. I was constantly ahead of my course work and could start revising past papers after week 6 / 7 of 12 lecture-weeks. Unfortunately, that was about the time when COVID-19 began so all of my exams were cancelled. Since my French and programming courses were mainly based on coursework (i.e. intense projects and in-class tests), you could say that the calculus exam was the only one I'd have had to study for.

Calculus and Its Applications

In March, I decided to fly back to Germany to stay with my family during lockdown. While for many people, the pandemic and lockdown, unfortunately, brought with it many difficult and lamentable implications, that period was the most productive and self-improving time I've ever had in my entire life. I finished the required coursework and the final project for OOP and then started working on personal projects. During that time, I

I also worked a lot on my mental health, productivity (I received a Roam Research scholarship), music and swimming.

At the end of July, I decided to fly back to Edinburgh to seize the opportunity to see more of Edinburgh and the UK. I finally had more time for one of my favourite hobbies, photography: 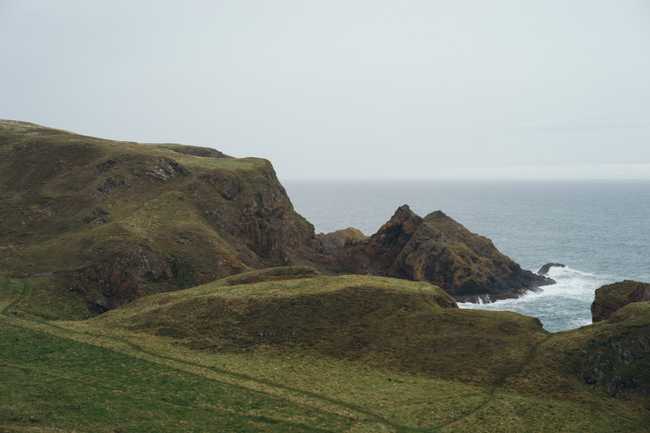 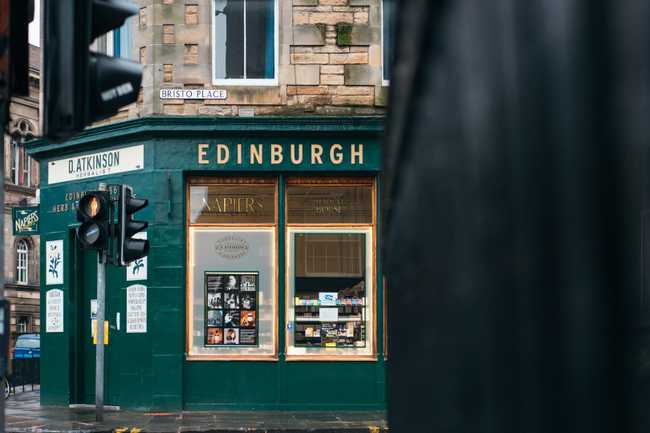 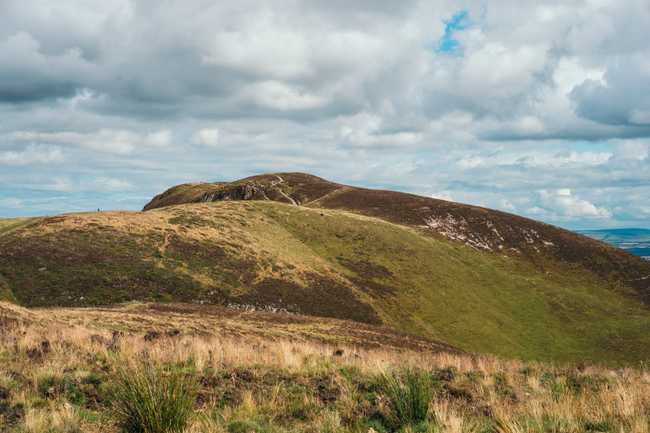 There are too many aspects of Edinburgh that I love to list all of them. Here are a few: 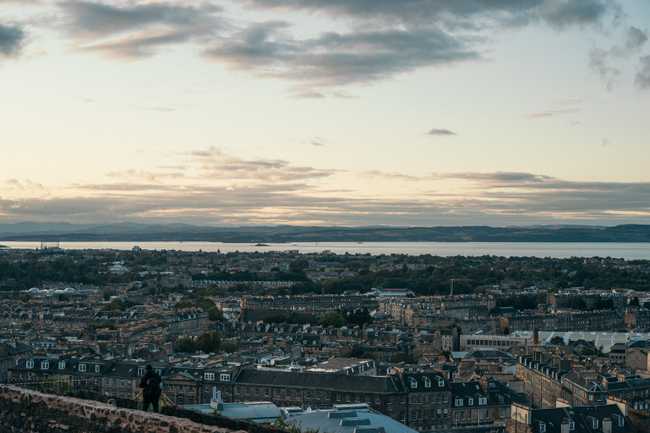 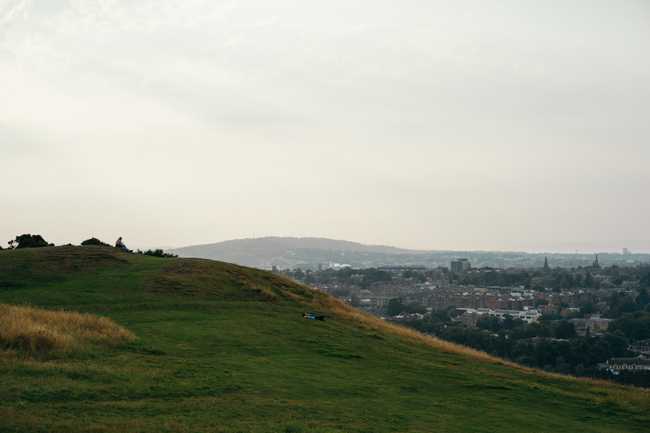 The best thing, though, might be the community and atmosphere of the city. I felt welcomed from the first second I stepped across the Scottish / UK border (literally — the officer tried to make small talk with me, which failed because of my shaky English back then). Moreover, there is always something going on with music, be it free daily lunch concerts, outstanding concerts by professionals in Usher Hall or live music in some café. 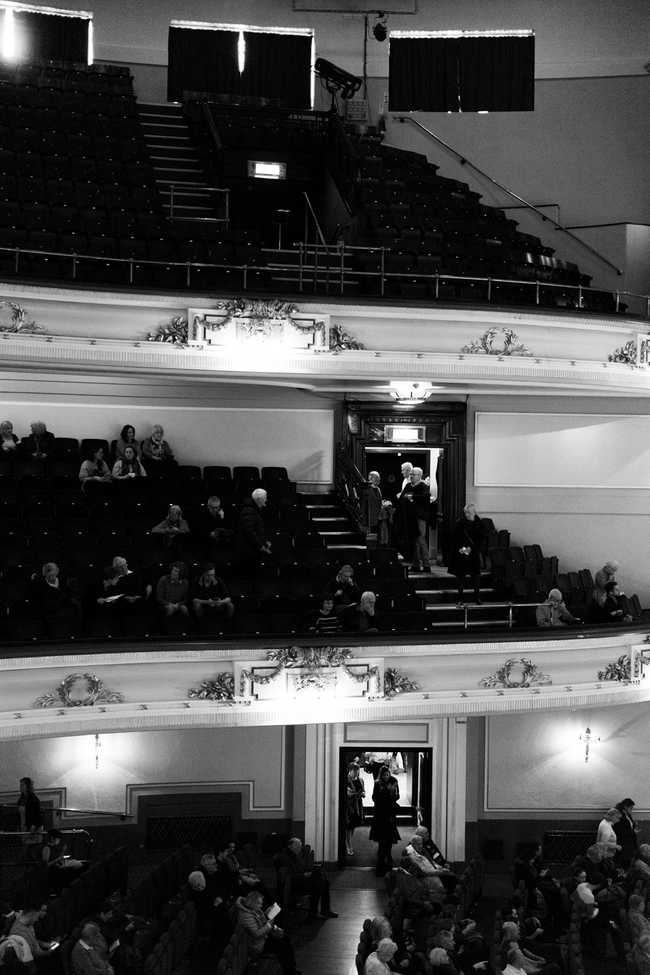 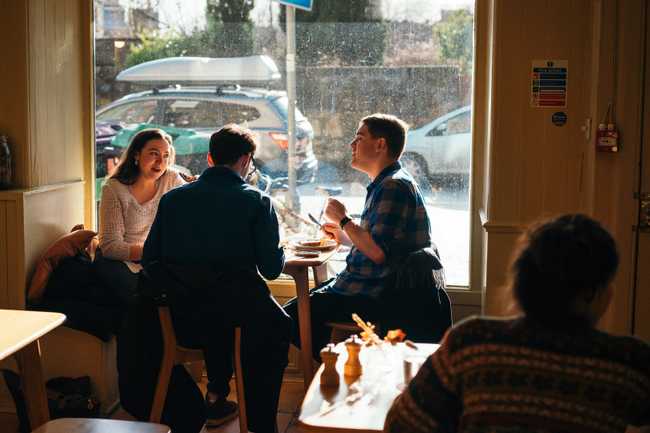 Goals For Next Year

While my first year was overall a good experience, there are a few things I want to change next year:

One year later, I'm surprised to find myself in this beautiful city studying something I'm genuinely interested in. I have a lovely group of friends around me, and enjoy music more than ever before. I'm excited to see what the next years will be like. I have the vague feeling that these are going to be the best years of my life.

Thanks to Anoukia Nistor for reading a draft of this article. 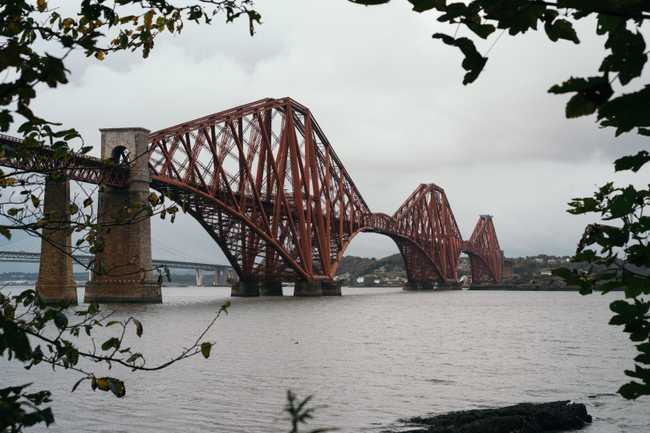 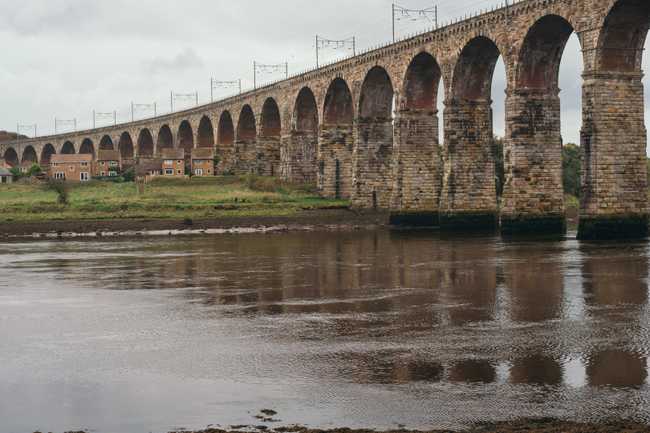 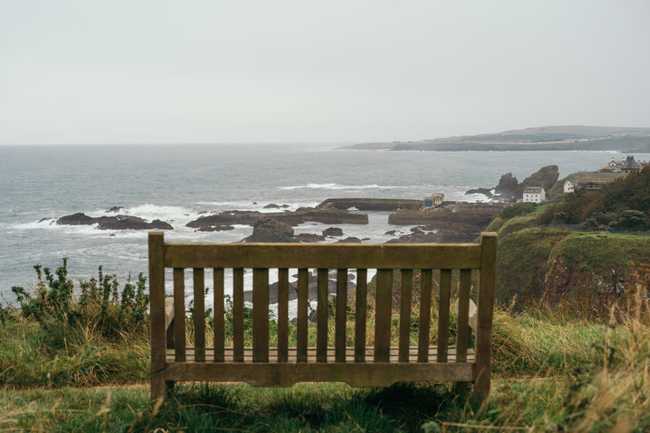 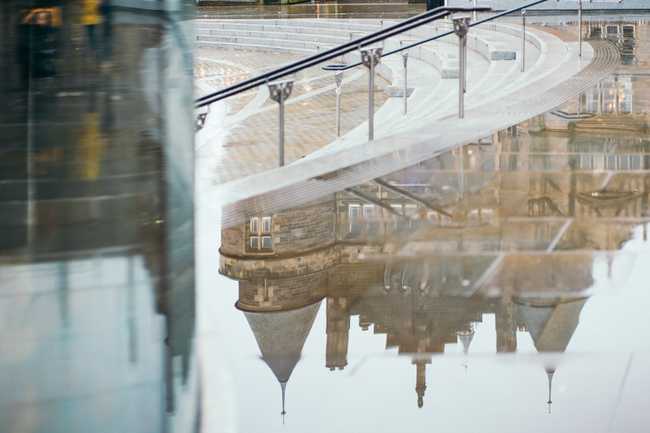 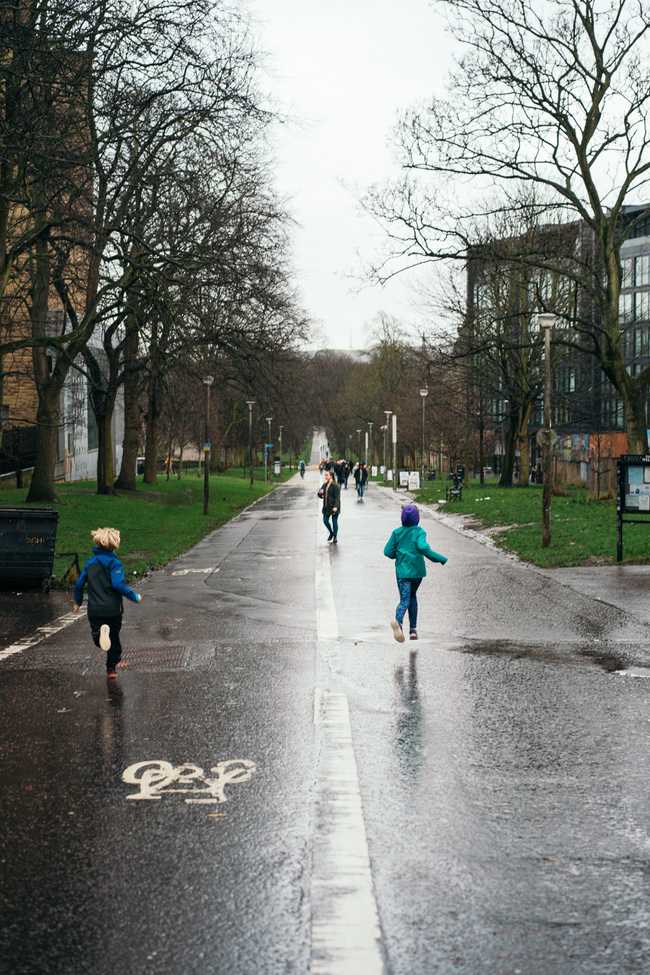 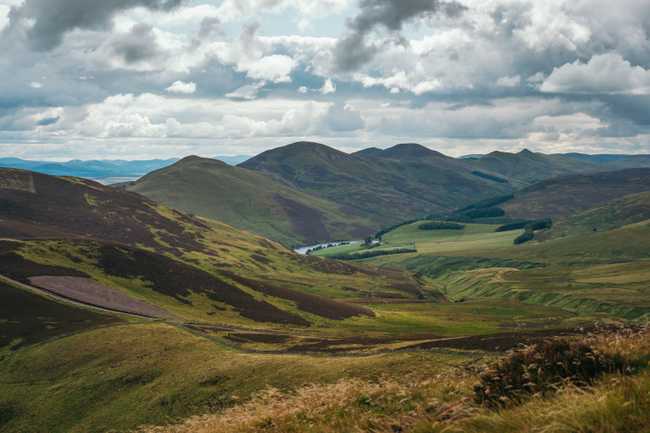 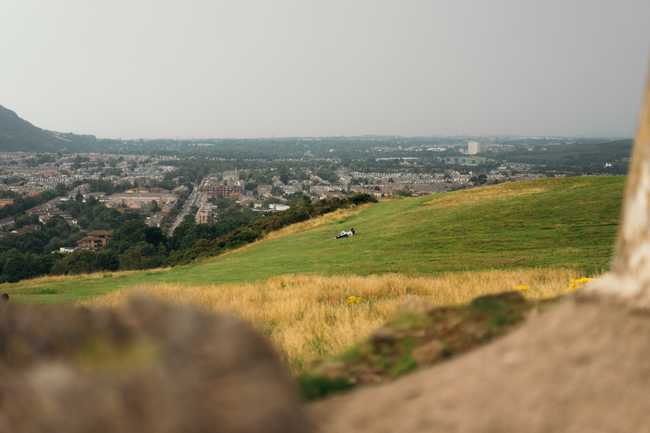